video mise en ligne sur Youbute par Allan Showalter. Voici ce qu'il dit : On August 2, 1970 Leonard Cohen played at the Aix-en-Provence Music Festival, an event overshadowed by his appearance at the Isle of Wight Festival later that month. While the recording from the Aix Festival is only poor to fair, it is authentic and many of the photos included have never before been published.


they say I stole their money which is true


let the proprietors of the revolution consider this:


a song the people loved was written by a thief 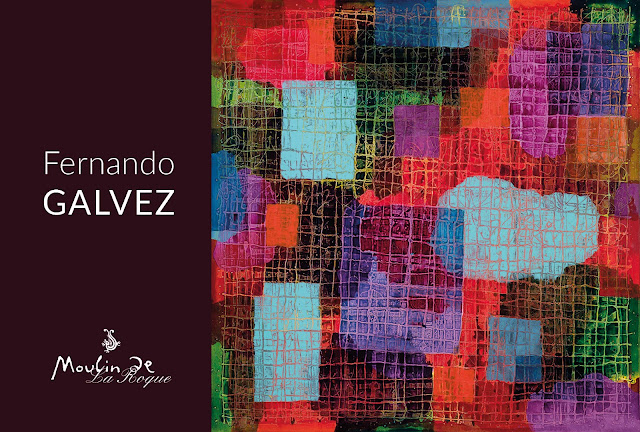 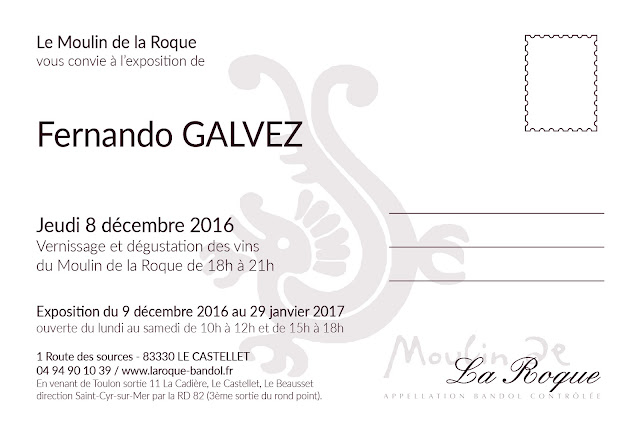 The translation bellow refers to an article  I wrote about this self portrait sculped by Georges Guye. The translation is done by G.Guye. and a friend of him.  To reach the french version : http://imagesentete.blogspot.fr/2016/06/georges-guye-autoportrait-sculpte.html 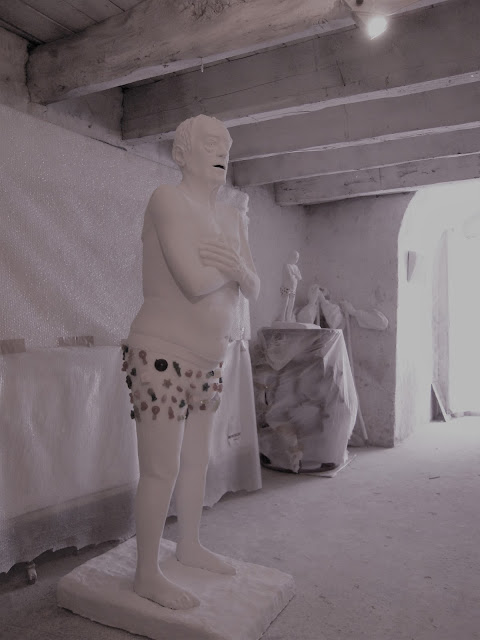 Last February, I discovered a sculpture by Georges Guye – a self-portrait. By then, it was a smaller item of what was to become a real size sculpture. But, that day, I saw it like a “gisant” somewhat like a recumbent statue, lying in a chirurgical set, an operation room.
Later, I’ve been back to his studio near la “Vieille Charité” in Marseille. The sculpture was then almost achieved.
This GG’s sculpture shows him standing, without clothes. But, the swimming suit he is wearing distinguishes him on purpose from a living model, which would show a nude of the artist.
To create a self-portrait is like taking someone as a model who is not the model. Like showing yourself without any abandon of distances, and beyond, all the limits referring to yourself. That’s what occurred to me at a first glance.
Instead of creating a complete nude, GG has played at minima with the request of “an honest man” with respect to conveniences.  We find ourselves around a withheld posture that does not show any defiance, neither any intention of superiority; the spectator remaining on the same level as the artist’s work standing on a base on the floor. Hence the spectator finds himself on an equivalent level to the artist’s work. 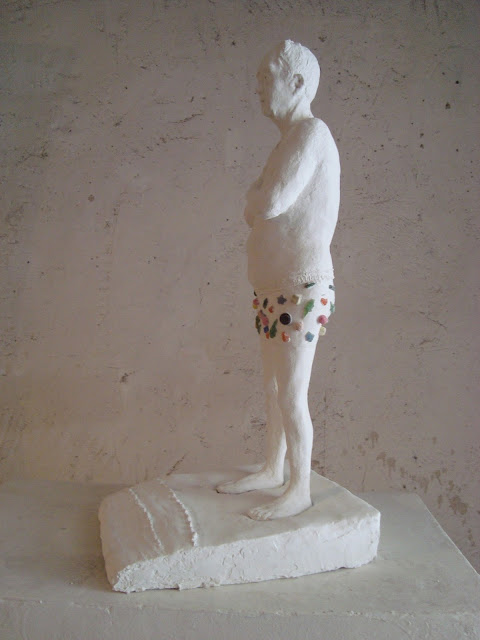 Is this the way GG wishes to place himself as an artist in front of the spectator? Does he want to invite the viewer to consider art as a part of real life, as necessary as earthly nourishment?
To exhibit the sculptor in an intimate and very close sphere seem to me an unexpected and original procedure, rather close to what the committed humanist Michel de Montaigne did in writing his “Essays” (1592).

Montaigne writes: “One would say that taking oneself as subject could be an excuse for some gentlemen, rare, and famous by their reputation who would like to share their knowledge. One thing is certain; I do admit and I know that in order to examine a common man, un ordinary craftsman does not let his eyes leave his work (…) I am not erecting a statue at the crossroad of the city (…) Some have the desire to talk about themselves as they find the subject rich and full of dignity; on the contrary, I find it too infertile not to provoke an ostentatious suspicion”. (Essays II 18 – 1580 – 1592).
Here, the normality of the appearance tends to move the look of the bystander from curiosity towards a more careful attention and a more delicate attention. Already, we are in Rousseau’s domain. He declares in the beginning of “Confessions” (First book, 1712 – 1728): “ I want to show my fellow men a man in the whole verity of nature”.

As I am not familiar with other attempts of self-portraits in a human scale size, comparable to GG’s sculpture, I refer to Philippe Lejeune and his “pacte autobiographique”:   “The commitment by an author to render a life story in retrospect, with sincerity, albeit the difficulties to show oneself nude, to unveil one’s weaknesses, to expose oneself to the (friendly) judgement of the reader” (here, the spectator).
The swimming suit, which adorns the sculpture, as well as the base on the floor evoke the environment of a sand beach. The bare feet are lightly buried in the sand, a small wave licks the toes. The man is standing straight, with his two feet flat, as in a position of rest. A natural position adopted in a harmonious balance. The arms are crossed on the chest with the fingertips under the armpits, as if searching for some source of warmth.
The man, facing the sea, seems to contemplate the water. We could guess an envy, but with apprehension. We are still in a sort of “maybe”: in  a  suspended time-lap, considering the water, the character lingers around himself before going into the cold water.  The eyes are fixing a far away horizon; they do not meet those of the viewer.
This far away scenery and the potential given by the sculptor open the doors to speculations of all kinds:  poetry, psychology, and philosophy.
For this reason, I stay aside, not imagining a line which would close this parenthesis desired by the sculptor.

On the white plaster strip figuring the swimming suit, we find some coloured elements in “relief” which are quickly identified: sweet
“Haribo” candies! A  link in a wink to childhood anniversaries … and maybe to the time that passes by?
Here also, the puckish spirit of GG pops up (fait surface).  Some references: I recall the surrealist Meret Oppenheim’s “tasse, soucoupe et cuillère recouvertes de fourrure- 1936”, and the ready-made style by Marcel Duchamp.
Because here,  the reliefs are created one by one, in polyester, copies of the original candies.  We have to consider them as a reference to all the sculpted pieces of art in polyester by GG. Among others, “The Giant Bean” so daring that it recalls the beef quarter by Rembrandt or Chaïm Soutine, or his floor lamps in unusual forms, for instance the  cabbage, the beetroot and more recently his chamallow seats. 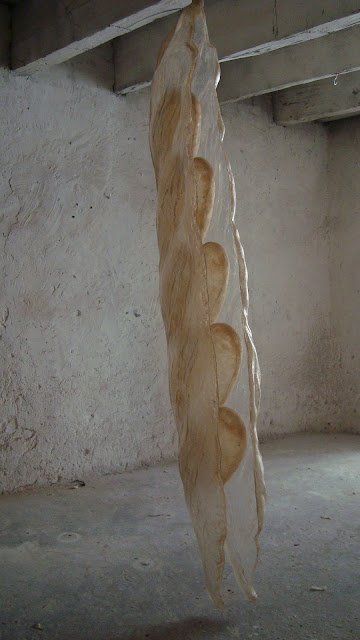 According to GG, this standing self-portrait, scale one, is rather unique in the history of sculpture. Another Marseille artist, Gilles Barbier, also uses his own body in his work, but in a different manner. He creates clones of himself, proceeding by castings (not the case in GG’s work). His transformations and distortions, especially when changing the scale, evoke
characters in a freak parade as the ones he staged in the exhibit “Echo système” at the Friche de la Belle de Mai in 2015. 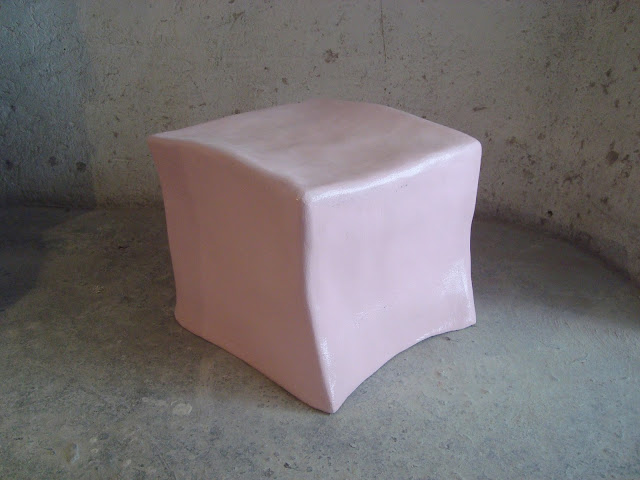 GG’s sculpture is narrative. It tells in an anecdotic manner how GG goes into the water. It is also staging sculpture by the sculptor himself. Is it a confession of faith? An artistic will?

Technically, GG  made a frame of wires covered by plaster strips.  The self-portrait is left in its original white colour, the whiteness of marble. However, in its texture it remains as an ephemeral and fragile object, which could be compared to the essence of life as a “memento mori”.
The standing man is not a “walking man”, he seems far away from a reference to Giacometti, the comparison could only be by antithesis.
GG’s man, his own himself, is not shown walking towards the future, he doesn’t step out of the mud, he doesn’t show any immediate antagonism.
Giacometti does not show a man, but the tragic fate of man.
GG’s sculpture, composes with an inspiration perhaps found in Voltaire’s writings: show a modest figure with derision. Not putting aside a reflection around the human condition, we can see here more the “atome” than a human transcendence.
The silhouette bears witness of  the body’s years of maturity, while the white plaster gives the smoothness of the texture, as well as the quality of lights and shadows, all delicately sensual. 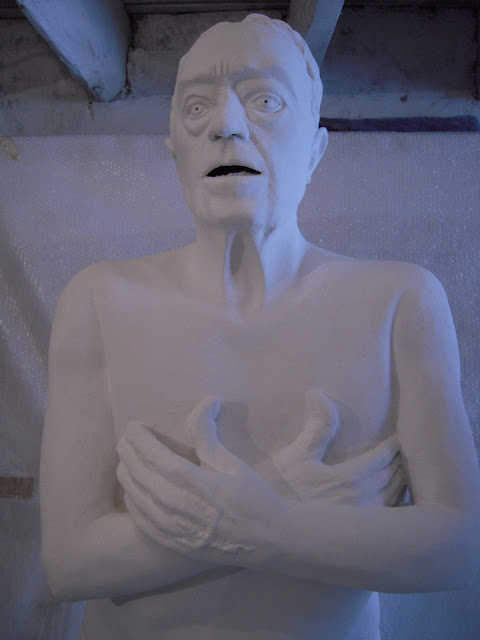 To sculpt one’s own body is creating oneself while accepting the constraint of the model. Moreover, it’s like giving birth and embracing the model.  It’s a question of expressing the delicate coexistence (or the absence of proximity) with the body, particularly as years go by.
A big abnegation is needed when the decision is taken to sculpt your own body, because you have to observe yourself from every angle, and even more “extract” yourself from yourself. Our interior perception (the most common one) often appears very subjective when confronted to the test of the mirror.
Michel Leiris writes in the first pages of “L’âge d’Homme” 1939  (The age of Man):  “I hate to see myself  unexpectedly in a mirror, not being prepared for it, I find myself  humiliated by the ugliness.”

My conviction is that GG did not escape from this difficulty.  He had to change to a point of view belonging to somebody else. In other words to become a stranger in order to represent himself. 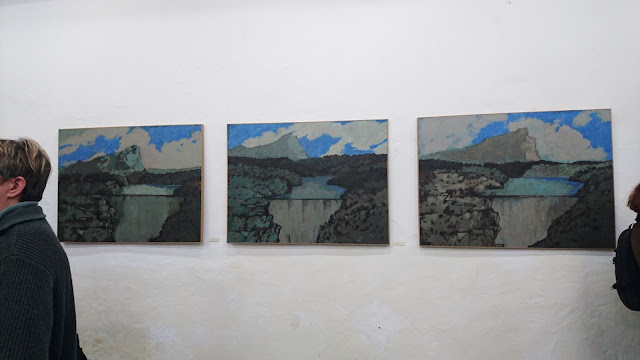 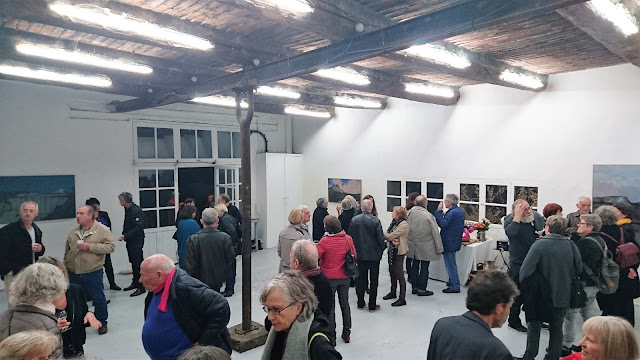 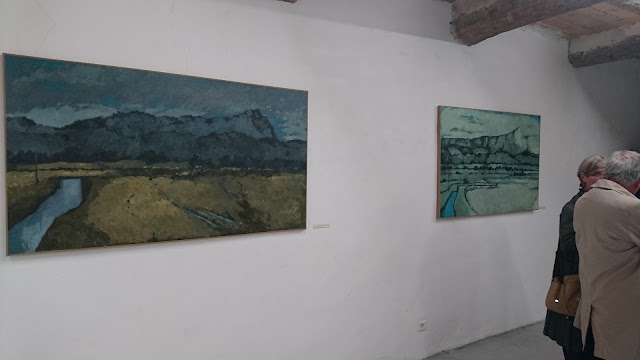 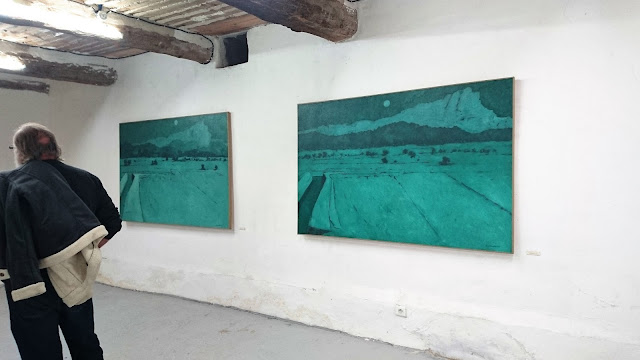 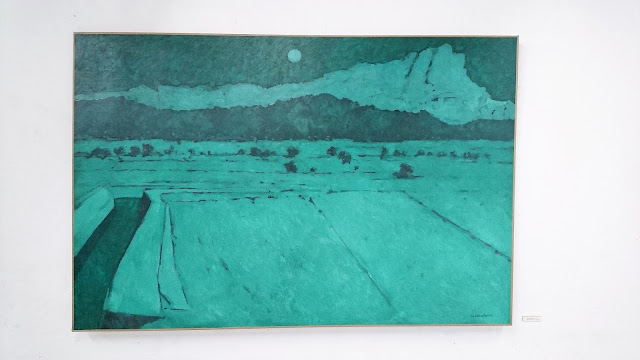 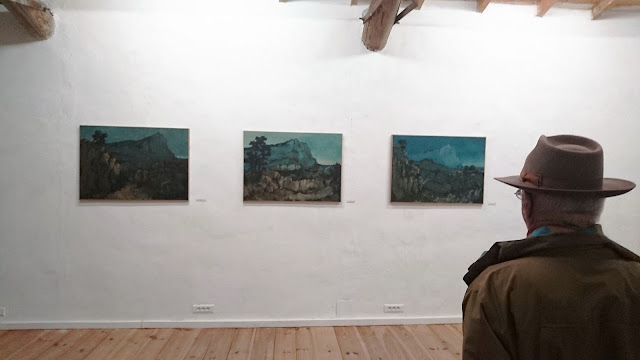 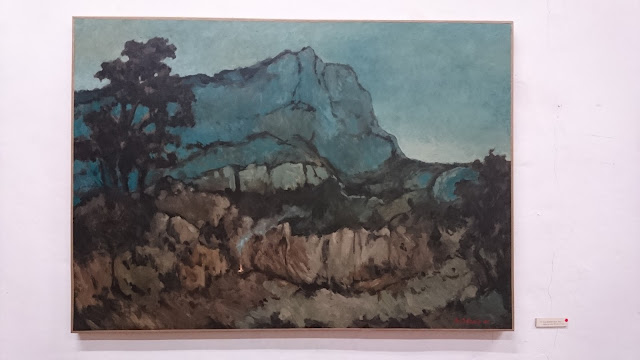 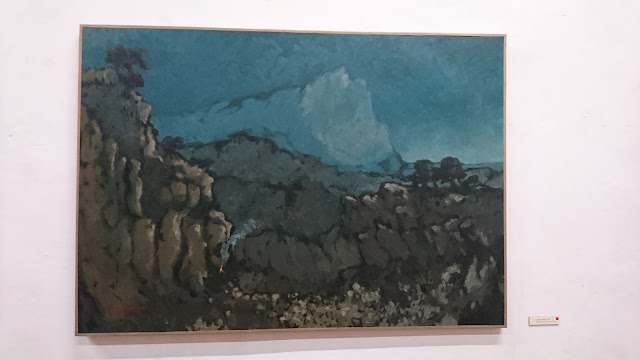 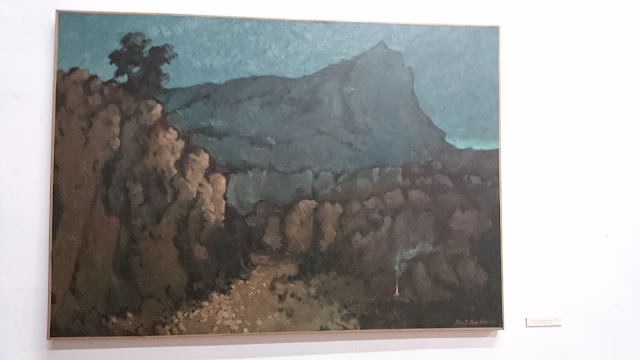